Swaarm.io is not available anymore. Let's try a similar game! 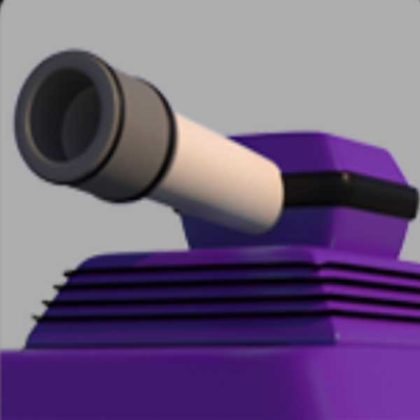 Swaarm.io is an amazing and entertaining game to play. The game is set in a 2D world, in which you battle against other online players with swarms of tanks. Swaarm.io takes inspiration from the ever-popular Agar.io. In the start, you have a small flock of 2 tanks. However, as you kill bots or other players, your swarm will grow.

In Swaarm.io you will find colored dots scattered across the map, collecting them will unlock various tank upgrades. There are a total of five updates, and each of them is very important in-game. You can upgrade your movement speed to dodge incoming attacks quickly. Swaarm.io also lets you Increase your bullet damage, as well as bullet speed in the form of upgrades. You can also upgrade your max health in Swaarm.io. The game even lets you merge tanks you make them even stronger.

Furthermore, there are various power-ups as well, which randomly spawn on the map. These power-ups are very overpowering and will undoubtedly be of help. One of the power-ups is “instakill,” which, when used, will shoot a bullet which can one-shoot any opponent no matter their health.

What makes the game changeling is the health system. The only way to regain your health is by killing others. By adding this element, even big swarms will find it hard to survive. It promotes very aggressive play and makes Swaarm.io very fast-paced.

The controls of the game for pretty simple and easy to understand. You can control the movement by using the “AWSD” keys or by pressing the corresponding arrow keys. You aiming is done by using the mouse pad, to shoot you press the Spacebar or left mouse button. Swaarm.io also has power-ups; you can use them by pressing the E button.