Agar.io is not available anymore. Let's try a similar game! 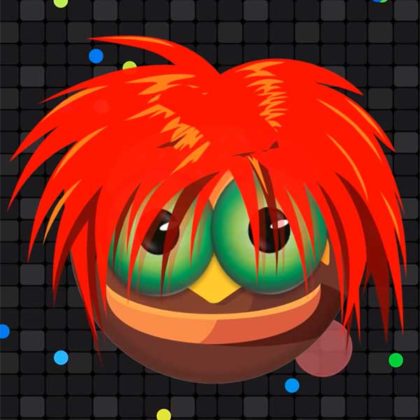 Agar.io is one of the most popular and addictive massively multiplayer online action games in existence today. The objective is to control a colored dot representing a cell with player’s name on it. The player must control the cell’s movement by making it go over smaller cells and consuming them. This will make the player’s cell grow in mass. However, due care must be taken to avoid larger cells, which can consume the player’s cell.

Agar.io is a game of a very basic and rudimentary interface. The player is placed in a world representing a petri dish, which is densely populated by numerous multicolored cells. The movement of player’s cell can be controlled via the directional arrow keys. The player has the freedom to move in any direction and consume as many smaller cells as possible. At the beginning of the Agario play game screen, the player is given the option to play as a ‘guest’ or login using ‘Facebook’ or ‘Google’. The latter options are advisable, as they allow the game to record the player’s progression and the achieved scores. There are four self-explanatory stages to select from including FFA (Free For All), experimental (for testing experimental features), team (where you can team up with your friends), and lastly, ‘Party Mode’.

How To Play Agar.io?

Agar.io online is more of a reflexive action and quick thinking game. The strategy is simple; it doesn’t involve going through a description or a manual. That being said, it doesn’t reduce the share addictiveness and highly immersive nature of the game. You can control your cell with mouse and press Space to split or press W to eject some mass.