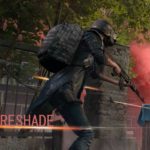 is among the most well-known games out there. With millions of players worldwide, PUBG is the battle royale genre revolutionary. The realistic combat and gritty world are some of the main drawing factors of the game. However, one major issue with the game is the colors.

Reshade is a software made to adjust the graphical post-processing of your video game. You can customize several settings using the software. These settings include; color correction, auto saturation, chromatic aberration, depth of field, and various other parameters.

Upon the release of the software, gamers went wild because of how much of a difference ReShade made. By simply improving the colors of a game a lot, it can effectively transform the look of the game.

ReShade also became super popular because unlike other post-processing mods; it has no impact on your frame rate. Several popular mods such as ENB significantly slow down the frame rate you’re gaming on.

The advantages of using ReShade while playing PUBG are immense. You will be able to see enemies that roam around the periphery of the map very quickly. The new color saturation and the contrast between the background and the characters dramatically improves your chances of spotting enemies.

Can You Use Reshade In PUBG

Back in the good old days of 2017, PlayersUnknown themselves did clear ReShade for use alongside the game. Every single PC PUBG player would use the ReShade software, as most gamers were already familiar with it. However, in mid-2018 players’ unknown banned ReShade.

You can still download the ReShade mod from their website to use with other games. Just be sure not to use it for PUBG. The banning did create a lot of outcry in the games community. Players that were actively using and benefitting from the mod went to an uproar on social media questioning why PlayersUnknown would ban a software they once said was okay to use?

The organization told its reasoning behind the decision in a statement. The inclusion of a zoom feature in one of the updates is the primary reason behind the ban. You could use this zoom feature to zoom in on enemies using the crosshairs. Players could hit targets easily from far away. Furthermore, the software was also at risk of exploitation from Hackers. The ban was a part of the anti-cheating crackdown the game developers started in early 2018.

Despite the efforts of many players in the community, ReShade is not usable with PUBG anymore. Players are looking left and right for alternatives. However, none of them quite meet the mark. If you’re desperate to get away from the dreary color palette of the game, these are your best options.

Monitor settings can help add a great deal of color to your game. By adjusting the hue, saturation, and contrast, you can get some decent results. It’ll take you a lot of playing around with the settings on your monitor, but theoretically, you can improve the colors to your liking.

The only drawback to this alternative is that it’s dependent on the quality of the monitor. If you have a modern monitor, there’s a massive likelihood that you’ll have greater success with adjusting the settings. Older monitors may struggle to produce results of a similar vein.

You can usually find the monitor adjustment settings on the bottom panel of the display.

The results won’t be the same as you get from ReShade, but if you have a good monitor, this is your best bet.

The Nvidia Freestyle was one of the first updates Nvidia unveiled in 2018. The update allows you to use the Freestyle software to add different filters to your game. The software is incredibly similar to Reshade in the sense that it will enable you to adjust several settings to get the absolute best results from your competition.

Download the app from the Nvidia GeForce website and log in to your Nvidia account. After you log in you’ll see all the games you own and you can go into the settings menu as well to find the freestyle extension. Download this if it isn’t already a part of your system.

After that, you can run PUBG and press Alt+Z to bring up the Nvidia control outlay. From here if you click on game filters, you’ll enter another menu that’ll show up on the side of your screen.

From this Menu, you can adjust brightness, hue, contrast, saturation, vibration, and a host of other settings to allow you to get the best experience. Furthermore, there are already a lot of pre-existing filters that you can try out to see if they work for you.

You may encounter a small drop in your fps, but with regular updates, this software is going to continue to improve.

There are other software like the AMD equivalent of the Nvidia Freestyle and Vibrance Gui. However, their performance leaves a lot of question marks while adding only minimal improvements to the colors in the game.

ReShade is no longer usable alongside PUBG. However, that shouldn’t detract hardcore players from playing the game. There are also other alternatives available to you that don’t have the same performance as ReShade but do upgrade the colors of the game a little bit. The best thing to do is go back to playing the game on the base settings; you’ll adjust back eventually.