Spaceone.io is not available anymore. Let's try a similar game! 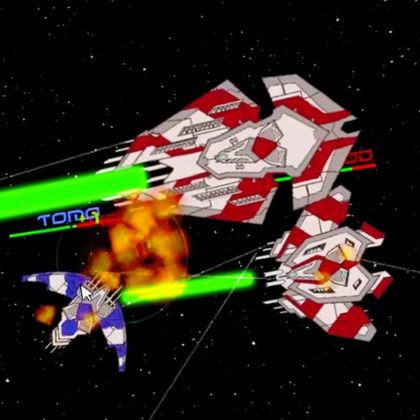 Spaceone.io is a cool online free game offering an intense and thrilling space battle arena. With awesome graphics, space based objects, interesting quests and engaging battle play, it is sure to excite all gaming enthusiasts who prefer slick action. Take down your enemies in space, grow your fleet and become one of the most dominant entities in the Spaceone’s universe.

Spaceone.io is an engaging yet easy to play game where you battle sly enemies in space. Are you ready for some space battle arena action? The multiplayer game offers a footboard to test your combat skills and shooting abilities. Fly over to faraway galaxy, the Spaceone universe, in your spaceship and begin shooting down orbs and your opponents. Choose a color for your spaceship and brace yourself for a wonderful space journey and some exciting action. Initially, you start with one ship but you need to grow your fleet as you move up levels. Your goal is to manage the biggest fleet on the map and become the head of the game.

Playing Spaceone.io is simple and fun. Use your mouse to move the character and control its movements. Use the spacebar on your keyboard or left click to shoot opponents in space.