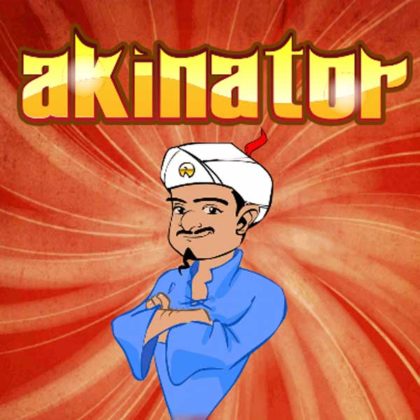 Akinator is a game in which a magical creature, also named Akinator, knows about every character in the history of mankind. He will ask you multiple questions, and based on the answers, he will try to guess the name of the character you are thinking of.

On the welcome screen, Akinator invites you to play the game. Akinator is basically a genie that tries to guess the name of a fictional or real character by asking you several questions about it.

Questions appear on the left side, whereas, there is an image of Akinator on the left side. With each passing question, his expressions change from happy to worried and frustrated. He gives a happy expression after correctly guessing the name of the character. At the end, an image of the character appears with its name. You are asked whether the guess is right or not. You can also share this game on social media from the main screen.

How To Play Akinator?

Click on the Play button. Akinator asks you one question at a time. The first question is about the age of the character you are thinking about. Then he asks more questions, such as, do they make Youtube videos? or Are they American? Answer each question honestly to help Akinator rightly guess the character.