A good shooter is only as good as the gun he is using, so simply if you do not have a great gaming setup, chances are that you are not going to have a lot of success as a gamer.

The pros of the trade even take care of the minutest of details regarding their setup. So, now we know that a great gamer is directly proportional to a great setup.

Here is a list of the top ten gaming setups owned by YouTubers and their jaw-dropping specifications:

These 10 YouTube gamers have given a new dimension to the world of gaming. They are surely quite popular around the globe by doing what they love i.e. gaming.

There is no doubt that these guys are highly talented as well as professionals in the field of what they do. But one thing cannot be ignored, that is, the gaming setups they use.

These guys have the world’s best, most organized, and also the most expensive gaming setups. These gaming setups that they own can literally be termed as beasts.

Now, we will have a look at certain specifications of the gaming setups that are owned by these YouTube gaming legends. 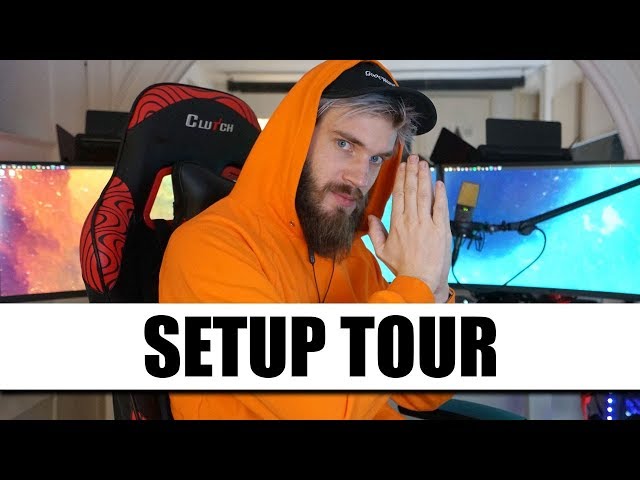 He is surely the king of the jungle, the Hercules when it comes to YouTube gaming.

He has a brand new customized computer by Origin PC and its specifications are:

We all are very much aware of the fact that PewDiePie streams on YouTube. But have you ever asked what software he uses for the purpose? Well, if you have, here’s your answer: OBS – streaming and recording software.

He uses “Audacity” to record the audio.

“Adobe Premiere Pro” is used for editing his videos; whereas, “Adobe Photoshop” for editing the pictures.

The microphone that he uses is none other than the AKG Pro Audio C414 XLII.

One of the most important accessories of the gaming setup is the chair or better yet the throne of the gamer. So what does the king use? A Clutch Chairz Throttle Series Gaming Chair.

The mouse he runs his fingers on is BenQ ZOWIE FK1+ Gaming Mouse, while the keyboard is CORSAIR STRAFE Mechanical Gaming Keyboard. 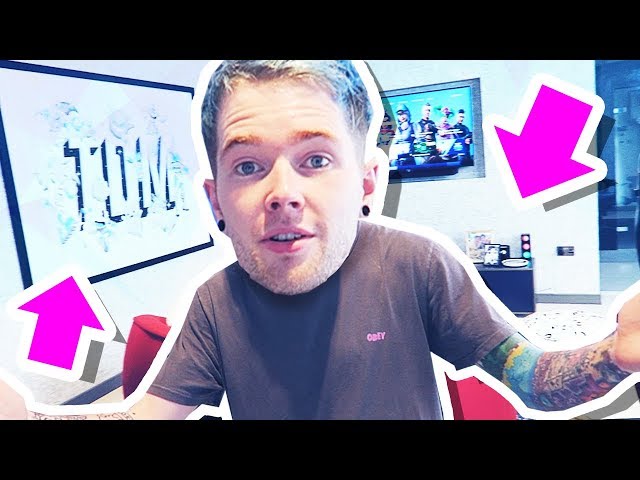 DanTDM is famous Youtuber and a pro gamer that uses Audio Technica ATH M50x headphones that through high-quality sound at his ears.

Similar to what PewDiePie uses, DanTDM also uses Adobe’s video and picture editing software and an OBS for recording and streaming his gameplay.

He sits on the hunky GT Omega EVO XL Racing gaming chair with a Razer Naga Trinity Gaming Mouse under his right palm.

With an ASUS PG278Q Gaming Monitor in front of his eyes, DanTDM presses his fingers against Mad Catz V5 Keyboard helping his play the games with richer graphics and zero boundaries.

Lastly, DanTDM is known to use a Sony camera for facecam. 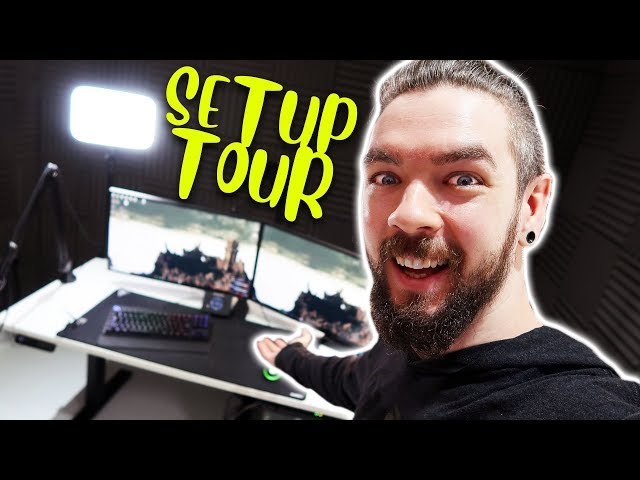 Jacksepticeye is an Irish Youtuber known for his series: Let’s play.

He uses Philips Fidelio X1 Premium Over-Ear Headphones and Bandicam for streaming and recording his videos.

He has a brilliant Acer XF240H Monitor that complements the NVIDIA Geforce RTX 2080 TI FE graphics card. He also uses a Sony camera for facecam. 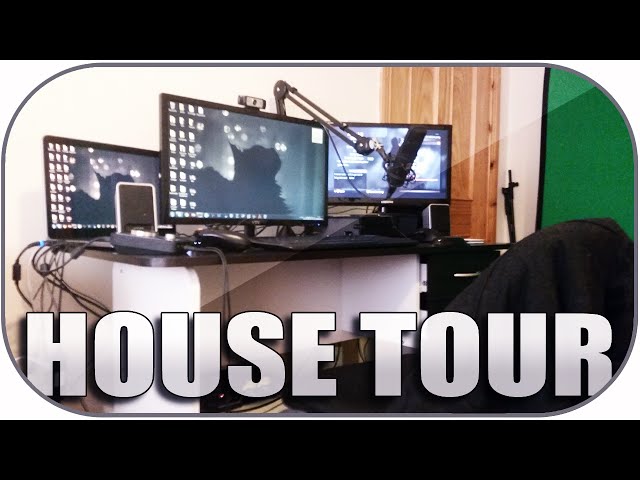 With over 6.5 million subscribers, Daithi De nogla has reached the level of a YouTube celebrity. A little into the specifications of his latest computing gear will let you know the reason for his success.

This brilliant gamer uses ASTRO Gaming A40 PC Headsets of the grey color that bombard his ears with high-quality sounds. And like other famous YouTubers, Daithi also uses OBS software for streaming and recording his videos. Whereas, he uses Sony Vegas Pro for editing his amazing videos.

He uses the Audio Technica AT4040 Microphone.

The chair he plays his games on is GT Omega PRO Racing Chair that has a combination of black and grey that is a treat to the eyes.

Logitech G400s Optical Gaming Mouse along with the Razer DeathStalker Gaming Keyboard makes the perfect combination for this pro-level gamer.

He uses Logitech BRIO Ultra HD Webcam as his facecam. 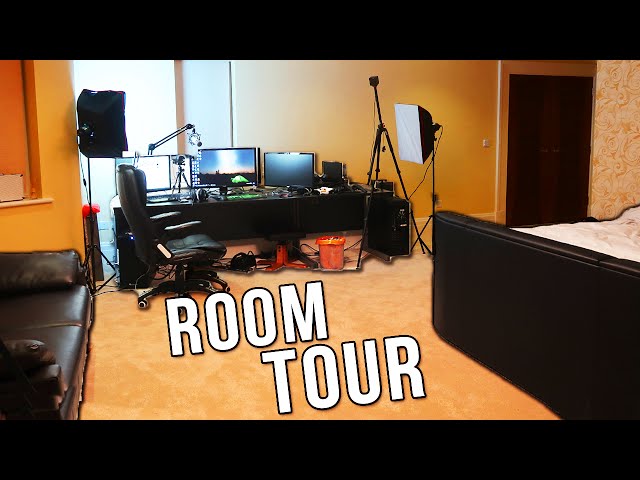 Vikram Singh is a highly talented UK based Youtube legend that goes by the name of Vikkstar123. Here is a description of some of the amazing technology this guy uses:

The headphones under his usage are the brilliant and the stylish Beyerdynamic DT 990 Pro.

With a powerful Intel i7 7700K Processor and the 12GB NVIDIA GeForce Titan X Pascal Graphics Card, there is no game developed that this guy cannot play with full graphics.

The microphone he uses is the Rode Podcaster Microphone that has been regarded as one of the finest microphones available in the market.

This gaming star sits on GT Omega PRO XL Chair that has a beautiful black and white combination.

The Acer Predator XB271HK Gaming Monitor this guy uses is the perfect complement to the whole setup. 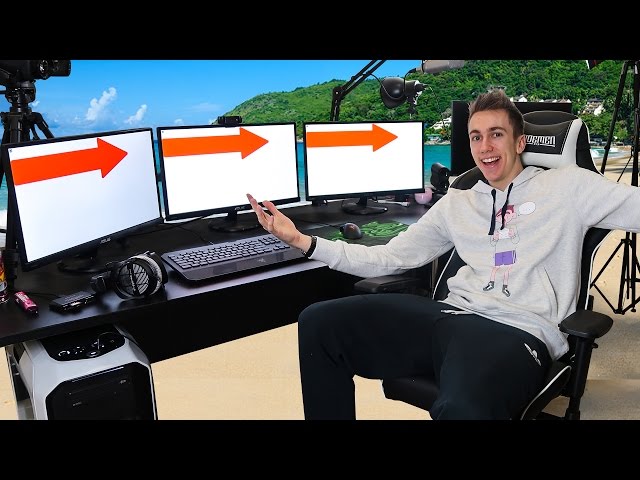 He is one of the leading YouTube gamers. MiniMinter is known as the guy who loves to have a laugh while playing his favorite games. Now, let us have a look at his gaming setup:

Beyerdynamic DT 990 Pro Headphones are plugged in by him to enjoy the best possible sound.

He uses Sony Vegas Pro for editing the videos, Adobe Photoshop for editing photos, and Audacity for Audio recording.

He sits on GT Omega Master XL Gaming Chair in front of the ASUS PG27AQ Monitor while playing these amazing games that he streams on his channel.

He uses a Canon camera for facecam. 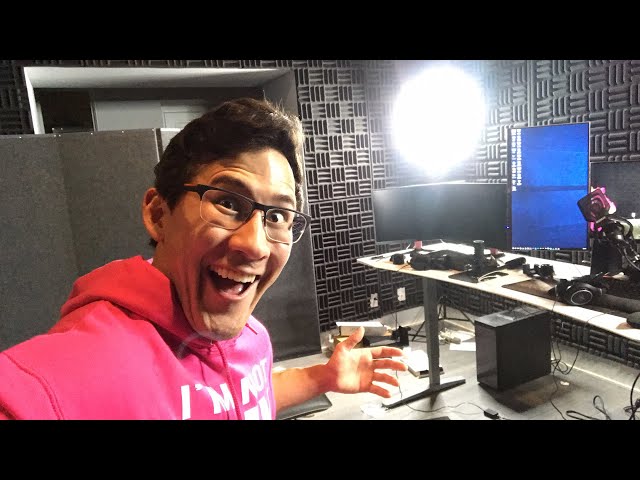 Mark is mostly known as Markiplier in the YouTube community is a Los Angeles based YouTube gamer, originally from Hawaii.

Mark has a powerful setup that consists of the Corsair 330R Ultra-Silent Computer Case.

He connects with his PC using Sennheiser HD 598 Cs Headphones for brilliant hearing while sitting on his elegant yet effective MARKUS Swivel Chair.

He has an AOC Monitor that has 27 inches width and is perfect for a great view. 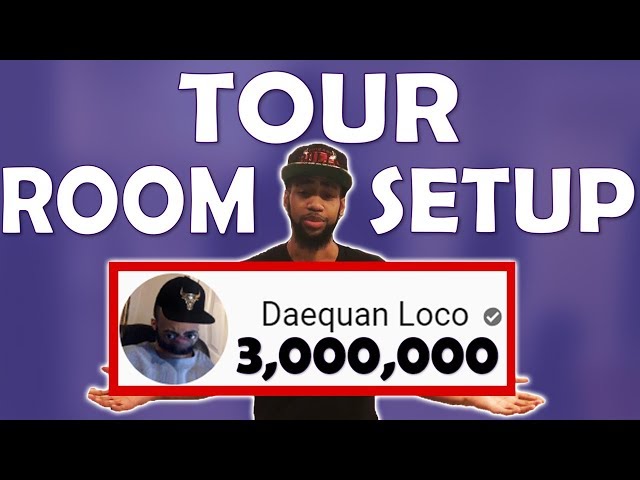 He is one of the most famous pro gamers in the world. He uses the ASTRO A50 Gaming Headset for great quality.

These specifications surely make his system a true monster. Daequan surely sets the bar way too high for noobs.

He uses Vertagear SL2000 Gaming Chair and OBS software for recording and streaming his videos.

He makes use of LG 24GM79G-B Gaming Monitor for viewing his stuff.

He seems to be very much into the stuff made by Logitech as he uses Logitech HD Pro Webcam C920 as facecam. 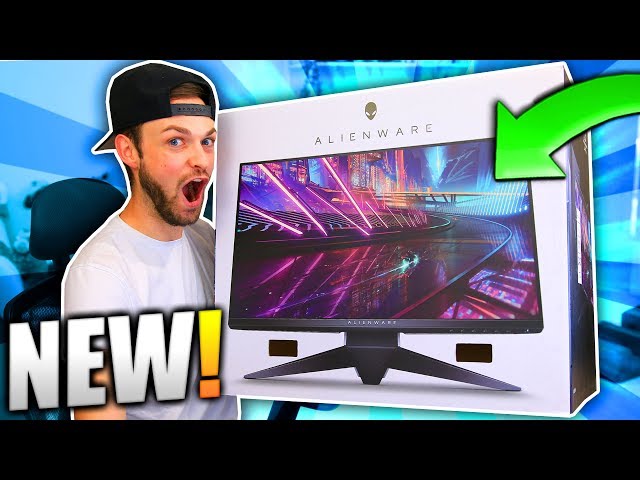 He is one of the most unique gamers on YouTube mainly because of his unique and flamboyant style. This guy isn’t overawed by anyone in the industry.

For editing his videos he uses Sony Vegas Pro and trusts it fully just like many fellow gamers. The weapons of mass destruction at his disposal are Razer DeathAdder Chroma Mouse and CHERRY MX 6.0 Keyboard. The monitor or the screen under his usage is Alienware 25 inches Gaming Monitor and he also has an LG monitor.

He uses a camera of the canon for facecam. 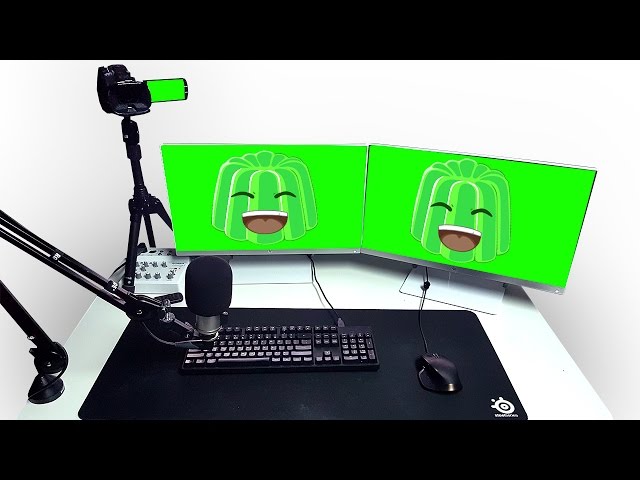 He is one of the most vibrant and jolly gamers among the famous YouTube gamers. He uses Beyerdynamic DT 990 Premium Headphones for the best service.

Jelly uses OBS for stream and video recording along with Sony Vegas Pro for video editing.

The chair he sits on while smashing his opponents is the GT Omega EVO XL Racing Gaming Chair that has a color combination of blue and black.

This fantastic and talented gamer has Logitech MX Master Mouse as well as SteelSeries QcK XXL Gaming Mouse Pad at along with CM Storm QuickFire XT Mechanical Gaming Keyboard at his disposal.

This gaming setup is surely a sight to behold when it’s in all of its fury.

This concludes our list of the Top 10 gaming setups across YouTube. It surely separates them from the general public, distinguishing them as the best gamers in the world.

These gaming setups are certainly not cheap and are mostly out of the reach of an average gamer. These pros leave most of us merely envying upon them that have access to such mighty gaming setups. And let’s be honest here, with the amount of time, relentless dedication and hard work they’ve put in their craft, they surely deserve the status they’re at.

BTW, if you want to be a Youtube gamer like the professionals you see on this page? Besides being good at playing games, you also have to add an exciting intro in front of the videos you publish. While browsing the internet, we recently discovered a Youtube intro maker app that we think you should try.