This sci-fi RPG is the fourth installment of BioWare world-famous trilogy, Mass Effect. The series started in 2007 with their first installment titled Mass Effect released on the Xbox 360, PlayStation 3 and for Pc as well. Their latest release, Mass Effect Andromeda was released in 2017 making the series run for ten years. The original trilogy takes place in the Milky Way towards the end of the 22nd century, the fourth installment, however, takes place in the Andromeda Galaxy and features a new cast of characters.

The first three significant installments of Mass effect achieved commercial success; the series was world-famous. It is known for its touching narrative, exceptional character development, the voice acting was just amazing. Not only that the universe and the player choice affecting experience were way ahead of their time, and that is why the original Mass effect trilogy was terrific.

Mass Effect Andromeda the fourth installment was not up to the standard of the original trilogy.  Upon its release the game got mixed reviews from critics, some liked the new combat systems and visuals. The game, however, had terrible character animations and on its release, Andromeda faced many technical issues as well. 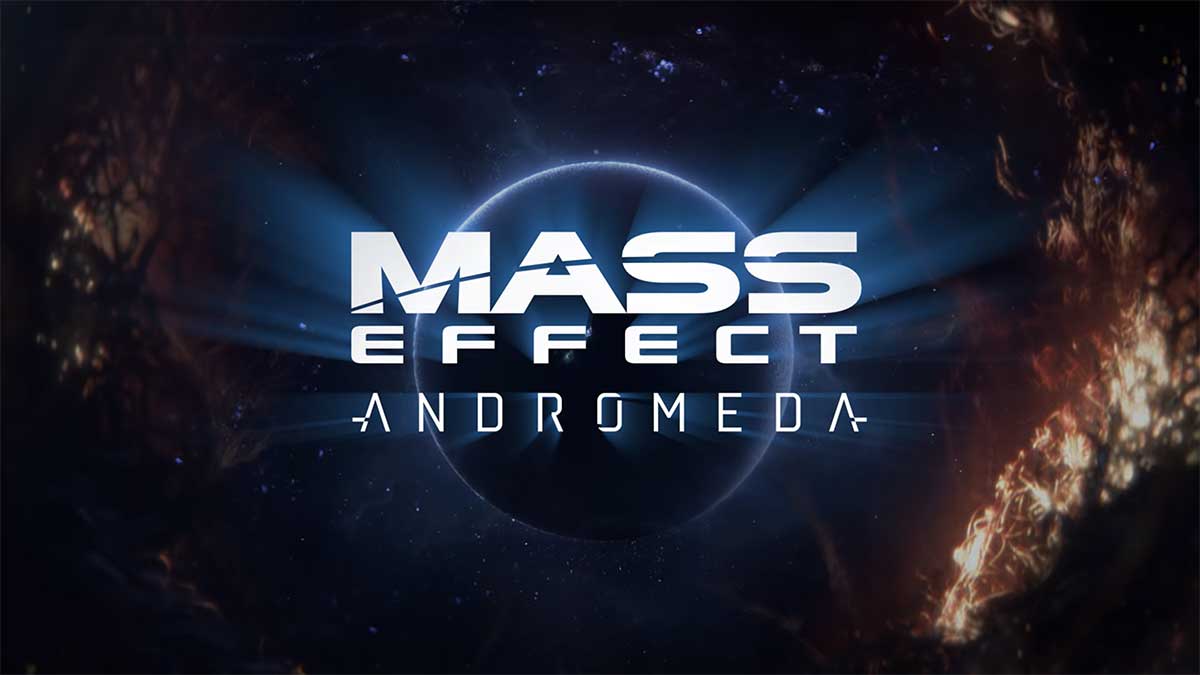 While Andromeda wasn’t a terrible game, it didn’t have the magic that the trilogy before it had. There are parts in the game where you can see the developers didn’t have the right vision. However, fans of the series were more than happy to help the community in the form of mod support for the PC version.

This article will cover some of the mods that were created to improve the gameplay of Mass Effect. Little and subtle mods like decreasing the landing and departure cinematics will be cover as well as crazy and outrageous mods like the Iron man mod which allows you to fly around the map — making Mass Effect Andromeda into an Iron Man simulator.

The first five mods that I will mention will improve the quality of experience in the game. These mods won’t make life more comfortable in the Andromeda galaxy or give you insane combat abilities. These mods look to fix the annoying and tedious design decisions the developers took.

Shorter Landing and departure by Forkinator

Tempest is the name of the scout ship used by the player to explore various worlds across the Heleus Cluster. The Tempest is indeed a beautiful ship; you don’t need to see the long landing and departure cut scenes of the spacecraft.

User Forkinator created a Mod to help with this problem. With this one mod, the landing and departure cinematics are cut by 90%, saving you a good 20 seconds every time you use the tempest. Twenty seconds might not seem that much, but, it gets very annoying as when you want to go exploring you’ll be staring at your screen looking at the same cut scene you have seen countless times.

The next Mod is also a minor change to the game, however little this mod maybe be it does improve the quality of life in the game. As the name states, this mod increases the speed at which the door in Kadara open. Some of the entries in the Kadara port take a ridiculously long time to interact with.

User NightWolf2503 couldn’t take it any longer, so they created a mod which makes opening some of the doors way faster. Currently, there are four-door leading to the market area that are affected, and one door that leads to the cell in the main building of Kadara. The mod might cause a slight delay if the isn’t done loading, especially when entering the market area. Apart from that, they should open immediately.

This mod as the description states increases the top speed of the Nomad from 160 km/h to 200 km/h. The Nomad full name ND1 Nomad is the players’ all-terrain exploration-focused land vehicle. This vehicle is used to travel and explore the vast planets in the Andromeda galaxy.

This makes exploring these planets way faster; however, keep in mind this mod does not break the game. It only increases the cap of the speed, which means you won’t be zooming around at a constant 200 km/h. It’s nothing ridiculous. The mod will not break the immersion think of it as an upgrade.

Shut Up SAM by Watafuzz

This mod is a perfect example of Quality of Life mod, it doesn’t affect the gameplay but does make the world of Mass effect better. Shut Up SAM as the name states remove SAMs’ comments about temperature, mining and life support are restorable. And will keep his observations about life support being low or failing as they can be useful.

SAM short for Simulated Adaptive Matrix, is an artificial intelligence that provides information to the player as they explore in mass effect. The problem with SAM is that it speaks too much. Most of the data is useless. The mod improves the feel of exploration in Mass Effect, by removing some of SAMs comments enhances the immersion of the game. There are times when SAM will tell you blatantly clear things, at moments like these, you think what the developers doing were.

The mod removes any extra dialogue that SAM has and only keeps the useful ones, making SAM a more efficient A.I system. The creator of the mod Watafuzz removed not only SAMs comments but also the team’s comments about the temperature while exploring Aladeen. Maybe the creator doesn’t like being told about the weather.

The last mod in the Quality of Life mods is the Dialogue annoyances removal mod, the creator is the same user who made the Shut Up SAM mod. Maybe the user Watafuzz doesn’t like talking as this mod also removes dialogue form the game.

The mod does several things to improve the quality of dialogue present in the game. During exploration, it removes the useless and annoying banter interrupting comments as the team approaches an enemy camp. It has also removed the comments when approaching Technics on Voeld. In one mission in which you rescue Angaran Scientists, some that save end up in the main building and they talk too loudly. This mod fixes that as well. This mod removes and tweaks some of the annoying and useless content, which helps in making the world of Mass Effect a better and less annoying place. 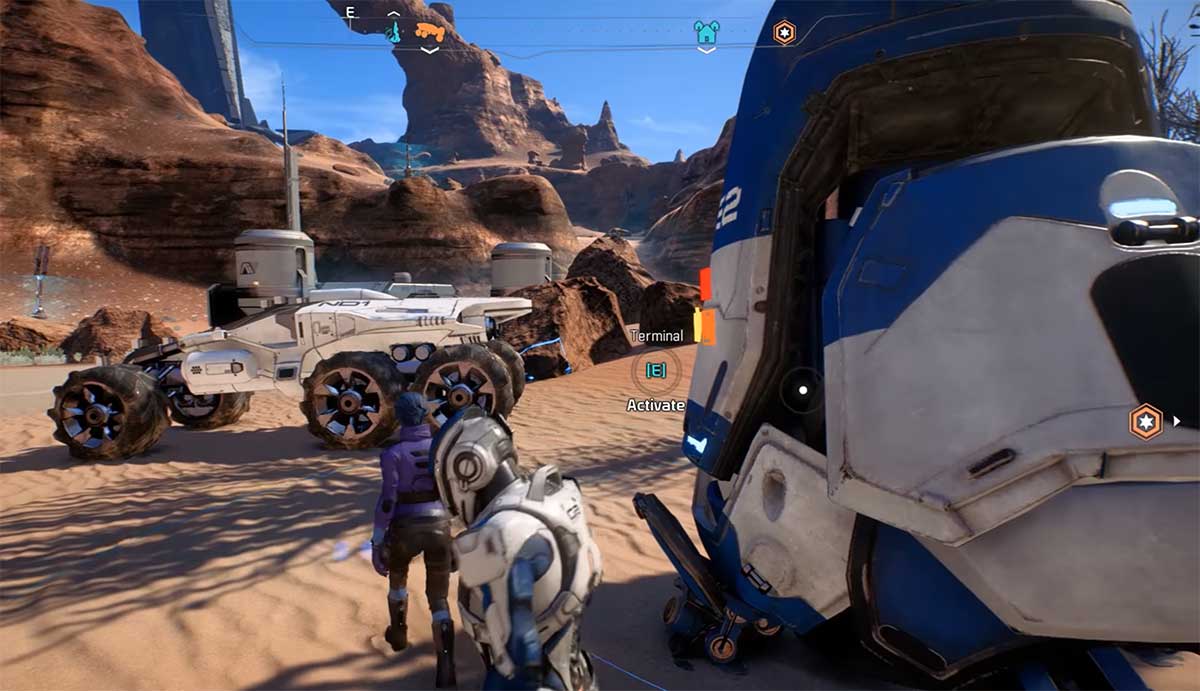 The next group of mods that will be covered is classifiable as alternative look mods. These mods will change the hair, texture and at times the overall look of particular squadmates and other NPCs in the game. Some changes are minimal and subtle, while others can be rather extreme. These changes will not affect the gameplay in any way and are purely aesthetic.

The first character in our list was Director Addison when Andromeda was released a lot of fans didn’t like Addison. The terrible facial animations didn’t help as well; Director Addison looks almost dull for the series.

The mod by Ellise adds a few subtle changes to Addison. Small changes to makeup and face texture improve the appearance of the character. These are defiantly very subtle changes towards her style but, by cleaning up some of the composition and correcting the strange coloring on her face do improve her face.

Cora Harper is the second character in our list; the problem with the original design of Cora is simple; she looks fake. The best way to describe what the mod does to her face is that it makes it look more natural. One of the significant changes in Cora’s’ design is the removal of the dark eye shadow around her eyes. However, she still keeps her eyeliner. Also, the size of her lips increases.

The mod also removes that weird permanent smile that Cora has on her face. The creator has made subtle changes to her face, but they have had a significant impact. With this mod, Cora looks more natural, and anyone starting a new game should go for this mod, if they don’t want to be creeped out by Cora.

The next character on the list is more on the extreme side of modest changes. This character is Dr. Suvi Anwar, a member of the Nexus science team. Before applying the mod, she will have short open, messy hair, and a lot of make-up on her face. The new version of Suvi is a lot cleaner than the previous version. The hairstyle is the significant change; it’s now neatly tied in a ponytail, giving her a more honest look.

The look suits her character more, being a woman of science and a woman of faith as well. The makeup is also subtler in this case, and overall, this look does go better with her character than the other one.

Pelessaria B’Sayle, nicknamed Peebee is the next character on our list. This mode changes the facial structure of Peebee. The mods give options towards Peebee appearance, you choose if you want to mask on or off. You can even customize her with eyebrows or no eyebrows.

The mod moves the eyes higher up on the face giving Peebee a more human look; the eyebrows also help with the look. Even with little changes to her eyes, the mod completely transforms Peebee into almost another person.

Unlike the other mods in this group of alternative looks, this mod is a bit different. The mods before this one focused on just one character and their appearance. This mood, however, changes the color of the clothes of some squad members and NPC’s. The list includes PeeBee, Cora, Liam, Jaal, Vetra, Suvi and many more including Various Human NPC’s on the nexus.

The mod gives the clothes a darker recoloring, usually a combination black and red. The also has a nostalgic factor attached to it, as fans of series will know that doing the loyalty missions earns the loyalty of the squadmate. It rewarded the player with a bonus ability and alternative outfit; this mods color scheme matches with the alternative outfit present in the previous games. This games the game a fresh new look, and if you are into darker shades than this is the mod for you.

The final mod on this list is Flying mod by Wavebend, and as the name suggests its got something to do with everyone favorite playboy scientist. Okay, maybe the name doesn’t outright give the link to marvels tony stark, however, this mod was formerly known as the Iron Man mod. It does precisely what its name says and turns your character into an Iron Man stuck in the Mass Effect world.

You can fly around everywhere quickly using your new jetpack. The jetpacks use the same signature Iron Man colors. You can also adjust the colors from the settings easily.  The jetpack is super simple to control as well. The vault key activates the flight mode, and the player can ascend using the jump button. The directional keys serve as your primary source of navigation. Using the spring button, you can jet away full Iron Man style.

The beauty of mods lies in the fact that they allow gamers to do stuff they could never imagine in their favorite videogames. From letting players play as different characters or entirely out of this world weapons Mods can be responsible for a lot of fun stuff. However, Mods can also be accountable for some game-saving improvements.

These game-saving improvements are evident when you look at Mass Effect: Andromeda. Upon the video games release, it was clunky and chock-full of errors and issues; however, several mods came out that made significant improvements to the game. Expect shortly that even more Mods will come out and make Andromeda as excellent as it deserves to be.