Video gaming is one of the most popular hobbies with over 2.2 billion gamers in the world. It means that a third of the world’s population is into gaming. Whether you are new to gaming or have been playing for some time it is highly unlikely that you haven’t heard of the acronym FPS. Although the acronym is frequently used in the gaming world, many people are not sure what it actually means. If you are one of those that are confused about the term and want to know more then read on. This article will clear all doubts and answer most of your questions about FPS.

What Does FPS Mean In Gaming?

The basic definition of FPS is as follows:

Frames-per-second, commonly known as FPS, is a unit used to measure the display device performance.

If you’re still unsure, which I believe you might be; then let us first discuss how video actually works. Everyone remembers those cool flip books which were filled with almost similar images with a little difference. And if these pages were flipped with a certain speed it would appear as if the image was moving e.g. bird flying or a boy walking. Videos, be they digital or otherwise, work in a similar fashion. Videos are nothing more than a collection of still images moving at a certain speed.

The speed of these moving images is known as frame rate and it is measured in Frames-per-second (FPS). Each frame of a video is similar to a still image. Moreover, the number of frames shown per second determines the frame rate of the video. For example, if a video is said to be of 30 FPS it means that 30 still frames are shown in a single second. 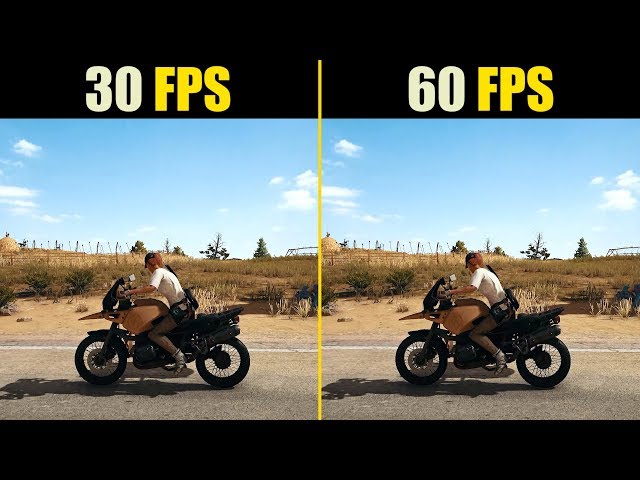 Why is FPS important in gaming? Most console games and a number of low-end computer games are played at 30 FPS. Gamers regard this to be the minimum frame rate at which one can enjoy a game. If the frame rate drops to 20 FPS or lower, the game starts to lag which can be extremely annoying.

It is regarded as the ideal frame rate for gaming. If you have a good computer set-up for gaming then running most games at 60 FPS won’t be a problem for you; unless you are running AAA games for which you might need to adjust settings. On the other hand, 60 FPS is on consoles is only achievable when games are well-optimized. Most monitors and screens display 60 FPS.

After 60 FPS, there is also 120 FPS and an even higher frame rate of 240 FPS. Although the visual quality is quite distinguishable at these frame rates they require 144Hz refresh rate monitors. These frame rates are not popular because of exquisite hardware prerequisites and high costs. Only crazy gaming enthusiasts play games as such high frame rates.

Normally gamers would claim, without knowing any better, that the higher the FPS the better the gaming experience. However, that is not entirely true. In fact, there are situations in which lower FPS is preferred.

For example, if you have a computer that is outdated or due to some reason cannot maintain high FPS, you will experience FPS dips. These FPS dips are annoying and it is better to resort to a lower FPS (for a smoother gaming experience) which your computer can easily maintain.

Another reason why lower frame rate i.e. 30 FPS is better because most games are developed at 24 FPS. Therefore, at 30 FPS the user experiences a cinematic feeling.

Lastly, it is better to play older games at a lower frame rate because at higher frame rates the visual experience deteriorates. The reason is that these games do not use motion capture technology and have a rougher animation.

How to increase the frame rate?

Gamers that play games on console do not face frame rate problems because the game developers design the games according to their console. However, PC gamers frequently find themselves adjusting the video settings of games or getting new hardware for a better gaming experience.

If you are a PC gamer having trouble enjoying a game because of a low frame rate then the following tips will help you increase it:

If you reduce the screen resolution the frame rate will increase. However, at a lower resolution, the game might seem a bit pixelated but it will run smoother.

Most graphics cards have automatic updates so that you won’t have to worry about updating them. However, if you have turned the auto-update off you might have to manually update the drivers which will improve the frame rate significantly.

Most of the settings of video games have an impact on the FPS. However, some settings may have a greater impact than the other. There are several online guides of different games which tell you which settings to tweak to get a better frame rate.

Furthermore, graphics card companies have clients e.g. AMD has Gaming Evolved while NVIDIA has GeForce Experience.  These clients automatically adjust the video game settings according to your hardware.

Lastly, if all of the tips mentioned above are not helping then you might need to spend a few bucks. The first thing that you might need to do is get a better GPU. You can search through the internet and easily find guides that would recommend you the best GPU for your requirements at affordable rates. Furthermore, having a good CPU and higher RAM also improves the overall gaming experience.