Overwatch has become one of the most endearing and innovative cooperative fps to come out in a long, long time. It’s an offering of unique characters is something that other games don’t have. Aside from being different in appearance, each character has their own set of skills and moves that set them apart from each other.

How Many Characters Are In Overwatch?

With a roster of over 30 heroes, it can be daunting when it comes to picking a specific character. As daunting as the incredible amount of choices available to gamers is, it also allows for a lot of experimentation that can help build an epic team.

However, to make the lives of gamers trying to get into Overwatch easier, these are the 8 of the best Overwatch characters in my opinion.

Soldier 76 is perhaps the best hero for beginners trying to get into Overwatch. Of course, you can start playing with any character and learn their ropes; however, if you’re an avid fps player Soldier 76 will feel the most familiar to you. 76’s primary weapon is the Heavy Pulse Rifle, and it’s nothing too out of the ordinary if you’ve played an F.P.S. in your lifetime. His secondary weapon, the Helix Rockets, are also a traditional F.P.S. trope, very similar to grenade launchers. One of his abilities is Sprint. While in Sprint mode, 76 moves faster but can’t shoot or use other skills. The other ability is Biotic Field, which is a device with A.O.E. healing.

His ultimate ability, the Tactical Visor, is also incredibly overpowered; the ability allows for dead on auto-aiming for a short time limit. Using this strength at the right time can result in massive amounts of damage output.

If you’re worried about being a beginner and contributing to the team, just having a decent aim will make sure that you deal massive amounts of damage. The headshot ability comes in real handy in these situations. As you grow more comfortable with the character, you can take advantage of the healing and the ability to cover distances and gain vantage points using the sprint ability.

Easily one of the most badass characters in the game, Genji is an absolute powerhouse. A cyborg ninja master, his appearance made him an instant fan favorite. As a Ninja, his primary strength lies as a fast-moving swift attacker and boy he is good. His primary weapon is a Shuriken, and he fires three in one single burst. 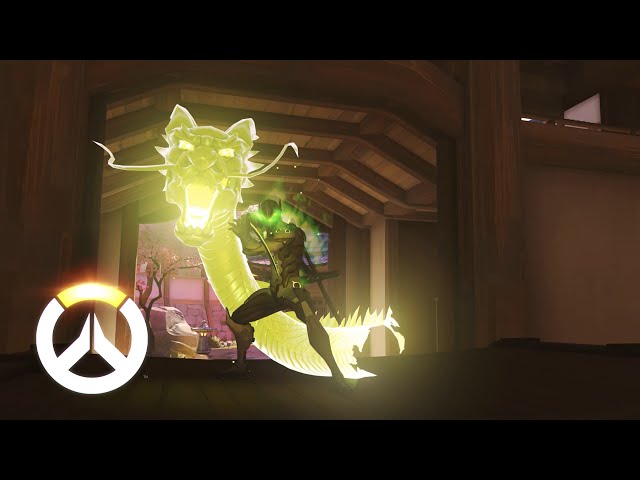 His secondary weapon is the Shuriken Fan; the move works almost like a shotgun as he throws all three shurikens in a spread. Furthermore, both his abilities have massive potential as well. The Swift Strike ability is a dashing attack Genji does with his Kitana, and you pass through opponents slashing them. If you get a kill with the swift strike, it removes the cooldown allowing you to chain attacks.

Genji’s ultimate ability Dragonblade can also let him deal massive amounts of damage at a short-range. The passive ability allows Genji to have the most movement out of all characters. You may not begin to dominate from the first match. However, experimenting and experience will lead you to be a deadly cyber ninja.

Ashe is one of the newer characters in the game and has a very interesting playstyle. She’s effectively one of the best heroes for targeting teams that group up together. Her primary weapon is the Viper, which is a semi-auto rifle. The gun is more effective and does more damage when you aim down sights. However, the rate of fire is much faster when hip-firing. Her secondary weapon is a Coach Gun that allows Ashe not only to push away her enemies but also gain mobility. It’s Ashe’s abilities that make her incredibly useful at targeting teams that like to group. Her first ability Dynamite allows her to launch a grenade that has A.O.E. damage. Furthermore, the dynamite also burns those within the vicinity, preventing the opponents from healing. Her ultimate ability is also very overpowered. The giant Mecha B.O.B. has the potential for multiple knockouts if used correctly.

Ashe is a character that’s going to reward players with decent aim immensely; however, through consistent practice, you can quickly begin dominating matches with this deadly cowgirl.

Reaper is another fan-favorite player. If you enjoy throwing yourself head-on in close quarters battles, you’re going to love playing as this character. Reaper is devastating when it comes to close-range combat because of his passive ability and primary weapon. 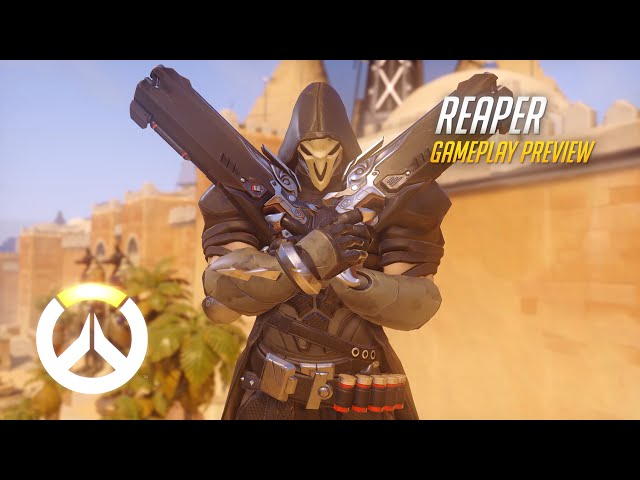 The Hellfire Shotguns serve as the primary weapon for this beast. At close range, these shotguns do insane amounts of damage. Additionally, his passive ability, The Reaping, ensures that he absorbs health from enemies as he damages them.

His other abilities, Shift and Shadow Step, allow for a lot of tactical movement. You can efficiently deal massive damage and duck out using Wraith Form which turns Reaper into a shadow. Reaper is immune to injury in this form but can’t attack or use other abilities. Shadow Step is a cool traversal move and allows Reaper to teleport to any location he can see. The range on this move is immense and can help you close down distance and target characters quickly.

Reapers Ultimate move Death Blossom is also super easy to use and incredibly effective at the same time. The camera will switch to third-person mode as Reaper unloads his twin shotguns in every direction. The move can easily do massive amounts of damage to multiple characters in close quarters.

Reaper is an incredibly fun character to play as and in a one vs. one close range, it can keep up with any other character in the game.

With a name like Reinhardt, it’s not hard to wonder why so many overwatch players swear by this character. No tank in the game can live up to the “Tank” class quite as well this mecha can. His primary weapon is the Rocket Hammer in which Reinhardt swings his hammer around doing massive damage and knocking enemies back. His secondary weapon, Shield allows him to project a substantial defensive barrier in front of him. His abilities are also deadly. Charge Reinhardt can easily one-shot other characters in the game. Fire Strike gives him a ranged attack as well. The ultimate ability Earthshatter can also quickly turn the tides of a battle, and it knocks down enemies leaving them open being picked off.

D.Va is quite easily one of the most iconic and best Overwatch characters since the game came out. Her character design is also insane as it’s mostly an esports professional riding a large pink Mecha. However, this design makes her incredibly difficult to take down. 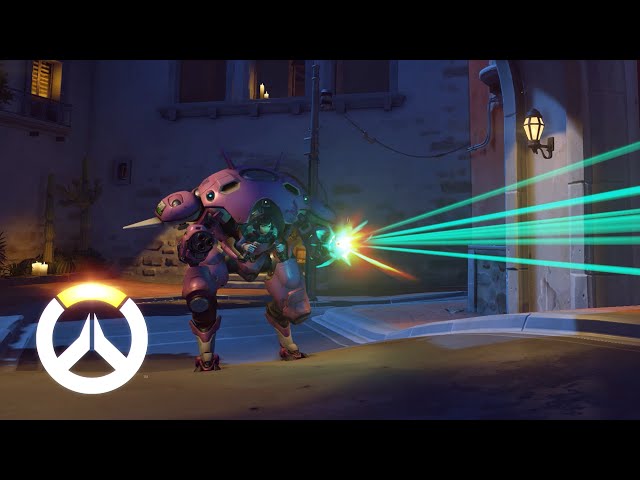 Once the Mecha form is gone, D.Va ejects herself from the robot and permanently gains another life. Her style of play when she’s a robot is similar to Tracer but can deal more damage. Her Mech suit allows her to use boosters that will enable her to fly and use the Micro Missiles to target enemy snipers. Furthermore, her close range Fusion Cannons are capable of dealing significant damage if you have a decent aim.

Her Defense Matrix ability can also help negate many attacks in the game, giving her the ability to protect herself and her enemies. Once her Mecha is taken out, her human form has a Light Gun, that’s equally decent at long and short ranges. She can use this weapon to build up her ultimate and get back to full power Mecha mode.

You’ll rarely see a competitive team without a D.Va in it, and the constant calls to Nerf this character only go to show how brilliant she is.

Overwatch’s diverse gameplay and tactics allow support characters to shine through. Mercy is essentially a medic but quite arguably one of the very best ever introduced in a game. Her primary weapon the Caduceus Staff heals allies by firing a constant regeneration beam. The secondary weapon involves the same magic staff, but instead of boosting health it boosts damage output. Hence why the move is called Caduceus Damage. Not only does she always heal her allies, but she’s also capable of increasing the damage they can dish out.

Her abilities are also incredibly useful; the ability to resurrect allies ensure that most teams will attempt to target her first before eliminating other enemies. Furthermore, the Guardian Angel ability means that she can rush towards any teammate that’s in danger and provide support.

Mercy is also one of the few Overwatch characters that have two passive abilities; one allows her to glide while the other is passive healing. The passive healing makes sure that in spite of targeting she’s a complicated character to take down. Sure playing an offense based character is a lot of fun, but Overwatch’s meta gives rise to different classes being equally important.

The last character on this list and the poster child for the entire game is Tracer, one fun character to play. Her two primary weapons are the Pulse Pistols, two short-range pistols capable of dealing a lot of damage. 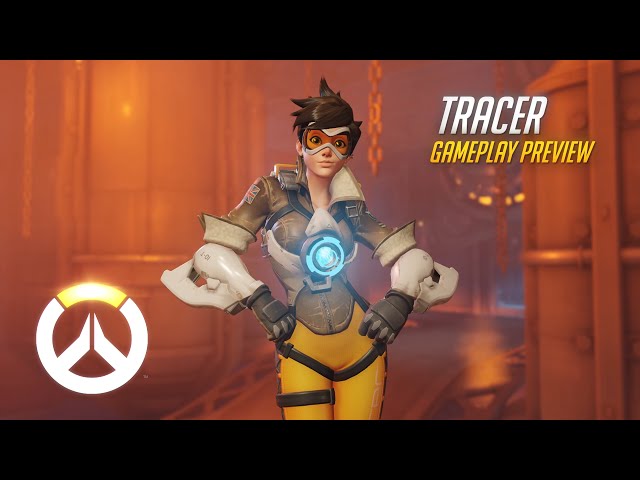 Tracer’s effectiveness depends on the player’s skill. However, learning the ropes of the game while playing as her is easy. Her two abilities Blink and Recall in combination with the damage output from those two pistols make her a deadly character to face.

By using Blink, she can teleport short distances making her incredibly difficult to target. While, the recall ability ensures that she can reverse back time, returning to a previous position with the same health she had.

The abilities also give her a room for error the other characters do not have. Tracer may not have the ability to be a lead killer. However, her ability to flit around and deal damage to multiple enemies is immensely valuable.

There are plenty more characters to explore in Overwatch and only by playing through them extensively will you learn their fullest potential. These were some of the most popular and favorite characters in the game but, there might be a character in the roster that’s perfect for you just waiting there.